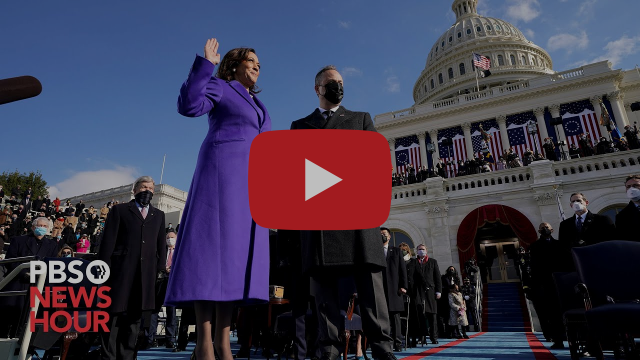 This month’s newsletter contains a mix of recent articles and stories that reflect the wins, losses and ongoing struggles of the Asian American community. These include the historic Biden memorandum issued on January 26, 2021 condemning racism against AAPIs to a heartfelt plea by the director of Crazy Rich Asians to transform a negative stereotype into something beautiful. We also contrast the devastating economic impact of COVID-19 on Chinatowns in the US with the controversial displays of wealth on programs like Bling Empire. Finally, we mourn the loss of Corky Lee, who for generations documented Asian American everyday life and activism. We invite you to read these curated stories and share your thoughts.

Memorandum Condemning and Combating Racism, Xenophobia, and Intolerance Against Asian Americans and Pacific Islanders in the United States

Advancing inclusion and belonging for people of all races, national origins, and ethnicities is critical to guaranteeing the safety and security of the American people. During the COVID-19 pandemic, inflammatory and xenophobic rhetoric has put Asian American and Pacific Islander (AAPI) persons, families, communities, and businesses at risk. Read more here.

In New York, Seattle and San Francisco, where businesses and restaurants have suffered for months as a result of the coronavirus pandemic, Chinatown is marking a year since it first started feeling the effects of the global outbreak.

In the early days on the pandemic, as fear grew that the virus first reported in China would spread to the United States, growing anti-Chinese sentiment caused people to avoid the district, causing harm to the communities' economies even before the first American case of COVID-19 was confirmed.

Crazy Rich Asians: Read the Letter That Convinced Coldplay to Allow "Yellow" in the Movie

When director Jon M. Chu was selecting the song that would play over the final scenes of the movie Crazy Rich Asians, only one song seemed to fit the bill - "Yellow" by Coldplay. However, Warner Bros. was concerned about the negative implications of the word as it had been used as an ethnic slur against Asians and Coldplay initially denied the request. "We're going to own that term, Chu told The Hollywood Reporter. "If we're going to be called yellow, we're going to make it beautiful." Undeterred, Chu wrote a heartfelt letter to the band members, laying out his reasons for needing their song, and their song alone, for the film. Read the backstory, the full letter from Chu, and listen to the Mandarin cover of "Yellow" performed by USC student, Katherine Ho here.

The Downside of Bling Empire, House of Ho, and the New Wave of Asian Representation

These aren't regular Asians, they're rich Asians. This is the conceit of not one, but two new reality series about Asian Americans who are, well, crazy rich — House of Ho and Bling Empire. It's tempting to call both an advancement for Asian representation, but the truth is that while House of Ho and Bling Empire are defying old Asian stereotypes, they're also solidifying a new one: the Wealthy Asian. Read more here.

Corky Lee, an award-winning photographer who captured everyday lives and political activism of the Asian American community, has died at the age of 73 after battling Covid-19. Read more here.

Our Donors
LAAUNCH is a volunteer-based, non-profit organization. Our donors allow LAAUNCH to fund the programs needed to fight anti-Asian racism, increase Asian American representation, and provide the resources needed to create a brighter future.

Wondering how you can support us?
Make a donation
Stay informed
Sign up for our newsletter to stay up to date on LAAUNCH news, events, and actions.
Leading Asian Americans to Unite for Change
We exist to improve the future for Asian Americans.
LAAUNCH is a non-profit organization.
Become a Donor Today
Copyright © 2021 - 2022 LAAUNCH Foundation, all rights reserved.
Our WorkAboutNewsletterResources
FactsPressContact
Find us on social